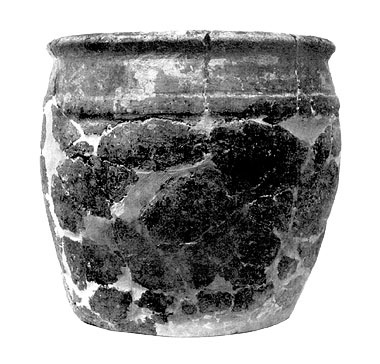 The Camaiore valley represented an important route climbing up from the coastal plain and continuing through the Freddana valley; it connected the seashore with the Serchio valley and the plain of Lucca, already densely populated with Etruscan settlements (Via Squaglia; Chiarone) between the VIIth and VIth century b.C..
Later, during the Hellenistic period, the district, like all the mountainous areas of the Versilia region, was occupied by Ligurian settlements.
A tomb with ashes, found at the mouth of the valley, shows the probable presence of an Etruscan settlement in a crucial position, at the junction between the coastal area and the inner route, confirming the Etruscan settlement pattern of the time that always privileged the valley outlets of the main streams in Versilia (Via del Poggione; Baraglino; S. Rocchino; Casa Baldi).

Remains not visible; finds are kept in the storage rooms of the National Museum of Villa Guinigi in Lucca.

The tomb of Villa Mansi consisted of an olla in bucchero containing the ashes of the dead, covered by a cup; the vessel with ashes was further protected by a small, upturned dolio. The olla itself was decorated along the neck and on the shoulder with a row of impressed rosettes that recall the small one found at Via del Poggione: form and type of decoration are related to the bucchero production on Pisan territory.
The structure of the tomb finds an exact counterpart in the necropolis of S. Concordio-Via Squaglia and in that of Pisa, where again we see the use of an olla in bucchero as cinerary vessel protected by small upturned dolii. This use, perhaps an economical substitute of the stone case, is common in all the north-western corner of Etruria.
The finds and the type of burial consent us to date the tomb of Villa Mansi to the transition period between VIIth and VIth centuries b.C..
Maybe the tomb is what remains of a vaster necropolis, as fragments of other vases in bucchero, found during agricultural works, might suggest.