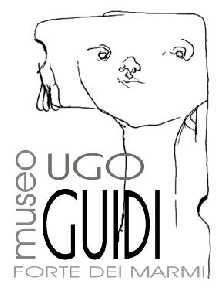 In Vittoria Apuana, in the municipality of Forte dei Marmi, there is Ugo Guidi Casa-Atelier Museum that is inaugurated in 2005. The Museum allows you to appreciate the importance and liveliness of the Versilian environment for Italian art of the twentieth century. It is set up in the house where the artist lived and worked and offers the opportunity to learn about the artistic evolution of the Versilian sculptor, who during the twentieth century developed his own personal artistic language. In fact, through the garden and the first room you enter into a relationship with the early marble works of the 1940s, where the classical rigor is dissolved, through consummate craftsmanship, into a poetics with a naturalistic flavor. The transition to the 1950s is highlighted by the interest in harmonious relationships of the volumes sought in the warm color of the stone and local tuff. The 1960s show the acceleration of a sculptural research in which even the repetitiveness of certain themes (horses, figures, motherhood, portraits, sports subjects) reveals a search for those who are able to always question themselves and tend to sculpture in which emotion always leads to a continuous invention of plastic values ​​with ever new results. In the 1970s, Guidi arrived at totem-figures inserted in apparent blocks of marble, but made of clay, in which he sought the first form, the essentiality expressed through pure and simple forms, in a reference to archetypal ideas and structures. Intellectual rigor clashes in the last works with the human drama that the sick man experiences: The cry is born, testimony of a rebellion shouted against a premature end.

All the periods of Ugo Guidi's art are present in the rooms of the house-museum and the abundance of the works and materials treated leaves the visitor with an emotion that he will carry within him for a long time. Guidi loved to surround himself with his works, the house-museum exhibits about six hundred of them: pictorial and graphic works, sculptures in stone, terracotta, wood, iron, ceramics and many other materials are present in the rooms of the house-studio that has maintained the charm of a living and lived creative space.

Since 2007, the Museum has been supported by the "Friends of the Ugo Guidi Museum - Onlus" Association which promotes cultural and educational initiatives in the museum and in the Apuan-Versilian territory, setting up contemporary art exhibitions, small concerts and book presentations. The Association and the Museum collaborate on educational projects, also organizing papier-mâché art courses, guided educational visits and workshops. The collaboration also extends to universities, academies, foundations and art galleries. The Museum has been open twice for the FAI Spring Days and for years it has been a member of the European Heritage Days of Mibact. With the "Census of Tuscan collections between the 1800s and 1900s" of the MIBACT "Unified Computer System for Archival Superintendencies" (SIUSA), Ugo Guidi's correspondence is included in the "Personal Archives".

Today the house-museum is a place of culture where exhibitions of disappeared artists, established artists, promising young people, students of academies and high schools are set up, pushed to dialogue with works, videos, performances, installations with the emotions aroused by the relationship established with the works of Ugo Guidi. Participations are planned with art galleries in collaboration with the Ministry of Art and Culture, the Region of Tuscany, ICOM and AMACI.

He promoted with the Municipality of Montignoso the exhibition The Master presents the Student, a selection of the best students of the Academies of Italy recommended by their teachers and recently with the Maxxi College Academy of Moscow; for this he has repeatedly received medals from the President of the Republic, the President of the Senate and the President of the Council. Books are presented, poems are read, small theatrical performances and concerts are set up in the garden, educational activities are also offered for children and students that create creative stimuli in papier-mâché and other materials in collaboration with individuals and associations. The house-museum was included in the FAI Spring Days and reported by Italia Nostra as one of the small museums of excellence in Italy. In addition, the Museum is included in the itineraries proposed by the Italian Touring Club and in the international Lonely Planet guide. The MUG - Ugo Guidi Museum is part of the "Versilia Museums of Stone and Marble" and of the "Italian Museum Houses"