Modernism in the villas in Viareggio 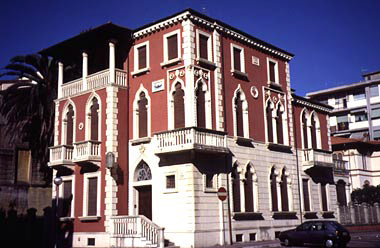 The panorama offered by the avenues running along the sea at Viareggio shows a double way, with the architecture of the baths on one side (viale Margherita and viale Marconi) and the residential architecture on the other (viale Manin, viale Carducci).
The presence of a multiplicity of buildings guides us along a sort of museum tour, an itinerary created from the succession of the most varied structures, generally characterised by a style deriving from the modernist movement, which are the result of particularly indicative architectural experiments in Viareggio at the beginning of the 1900's. The heterogeneous silhouettes of the façades, the polychrome ceramic decoration, wrought iron balusters and marble ornaments constitute the scenes for the avenues by the sea. From the historic styles reminiscent of the 1800's, to the floral research present in Art Nouveau and Secession, from 1920's eclecticism to deco, the horizon of new styles reveals itself in the city of Viareggio where the different aspects of Modernism are received and elaborated once again. Galileo Chini is responsible for the display of decorative ceramic motifs featuring on the vast majority of the buildings running along the avenues by the sea. Chini was a keen supporter of the cultural revival taking place, particularly in the field of applied arts. His adhesion to new ways of understanding art, which were already present in Europe during the last decade of the 1800's, was upheld throughout his long activity.
North stretch
A starting point for our Liberty style itinerary around Viareggio could be Piazza Puccini, a natural entry to the promenade, where on the corner of via Buonarroti you will find Giacomo Puccini's Villa which was built in 1920.
From Piazza Puccini you go towards the avenues at the seaside and you turn left in Viale Carducci. Here, on the corner with Via Giusti, you will find the Villino "Amor omnia vincit". Take Via Giusti until the junction with Viale Buonarroti, where the is found. Go back to Viale Carducci; here, on the corners with Via Firenze, you will find the Villini Chizzolini.
South stretch
At this point we suggest to go inland, crossing the "Pineta di Ponente" (West pine-wood) reaching the Via Fratti. Here turn right and go along Via Fratti until the junction with Via Vespucci, where you will find the Villa Argentina, at the moment in restorations, which features the biggest ceramic decorative display in the city. From Via Vespucci go back towards the sea until you cross Via Buonarroti, where you turn left. Continue until the junction with Via D'Annunzio, where you will find Villa Nistri and Villa Tomei. Going along Via D'Annunzio towards the sea wou will find the Villino "Il Guscio" (the shell), and the noteworthy Villino, at the corner with Viale Carducci. Turn left in Viale Carducci and continue along the Promenade at the seaside. Here at the junction of Viale Manin and Via Via Verdi you will find the Villino Sofia. Continuing in Viale Manin you will find the Villa Crastan Arrighi at the corner with Via Zanardelli. Finally you reach Piazza D'Azeglio where the Villino "Parva Domus Magna Quies" is found.

District/Location: Viareggio
Recommended season: All the seasons
Get directions 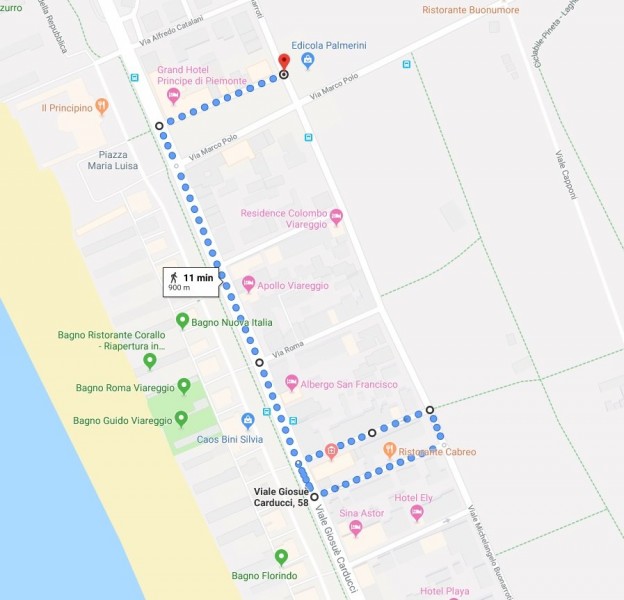 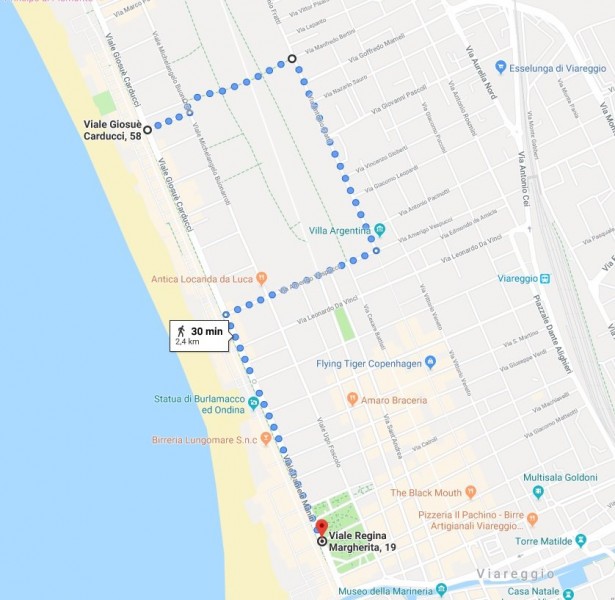