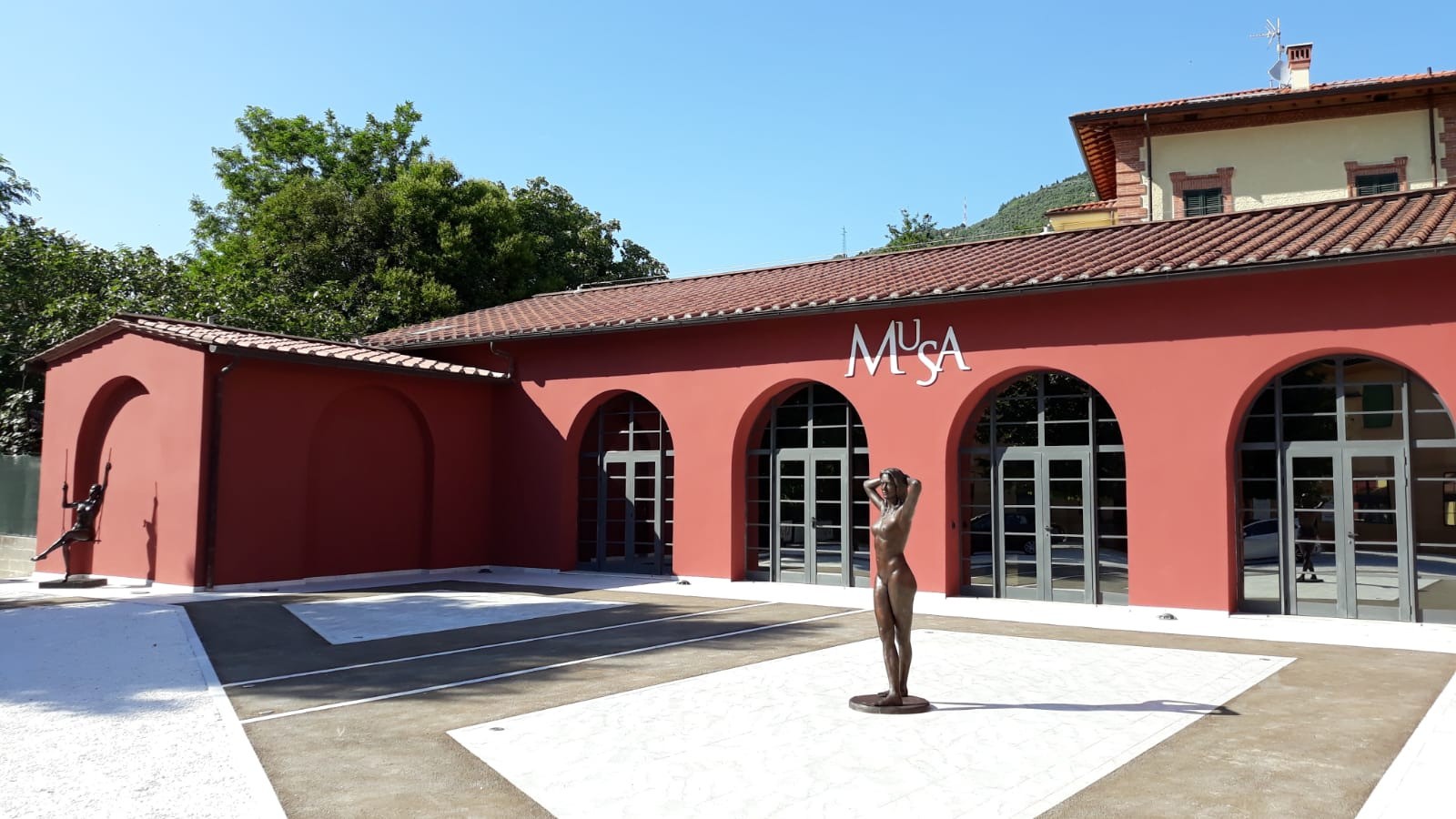 The MuSA (Virtual Museum of Sculpture and Architecture) is a space created for the Apuan-Versilian industrial and craft-based businesses that operate in the extraction, production and working of marble. It is also a service space for all the local economy's leading sectors, such as that of the marine industry, paper production and shoe making. The MuSA is therefore strongly linked to the town where it was born, Pietrasanta, participating in its constant evolution and events that give it life throughout the year.
The MuSA was conceived in a dual dimension: a "real museum - space" at Pietrasanta; and a "virtual museum - space" online.
To visit the real space means entering into symbiosis with the surrounding territory, characterised by the various activities that revolve around the extraction of stone and marble, a true resource of Pietrasanta; a workshop for the development of business services and above all an innovative exhibition space, equipped with multimedia systems, that makes each event interactive and spectacular. Through its second dimension, the web, it gives a taste of real spaces and people. To visit the virtual space means navigating between the marble quarries, the excavation sites, to better understand the materials, contractors, architects and artists through their voices, the workers, sculptors and professionals, each one with a designated space with information panels, photo, video and virtual tours.

The MuSA is a 1,000,000-euro restructuring and technical organization project brought to fruition thanks to the support of the Regione Toscana, through the funds of the "Patto per lo sviluppo – Area 6th – Distretto lapideo" Marble District Development Agreement and thanks to the contribution of the Fondazione Cassa di Risparmio di Lucca bank foundation.
The feasibility study in 2006 was followed in 2007 by the search and selection of a building to house the project and this was found in an old laboratory owned by the Assindustria Lucca industrialists' association. Then came the drafting of the definitive project and its approval in the summer of 2008 by the Regione Toscana. At the conclusion of the competitive bidding managed by the technical departments of the Province of Lucca, the beginning of 2009 saw the start of the renovation work on the building which ended in July 2010 and was made official by the Certificato di Regolare Esecuzione (Certificate of Regular Execution of Works), issued in January 2011. That moment marks the start of the delicate phase of interior design, assembly and operation of the IT equipment.
The MuSA was inaugurated on 24th May 2012.

The MuSA is also an innovative exhibition space equipped with advanced multimedia systems, designed to host interactive and spectacular performances from the artistic, cultural, craft and industrial panorama of the area. The environment is designed to immerse the audience in the atmosphere of the setting, thanks both to the mega screens and separate bells sound system. It is possible to book a visit of the exhibition space, when the MuSA is not hosting an event. It is also possible to book the space for conventions, film or video showings, exhibitions that are related to the marble district, and generally all kinds of events aimed at throwing light on the territory's economic activities.