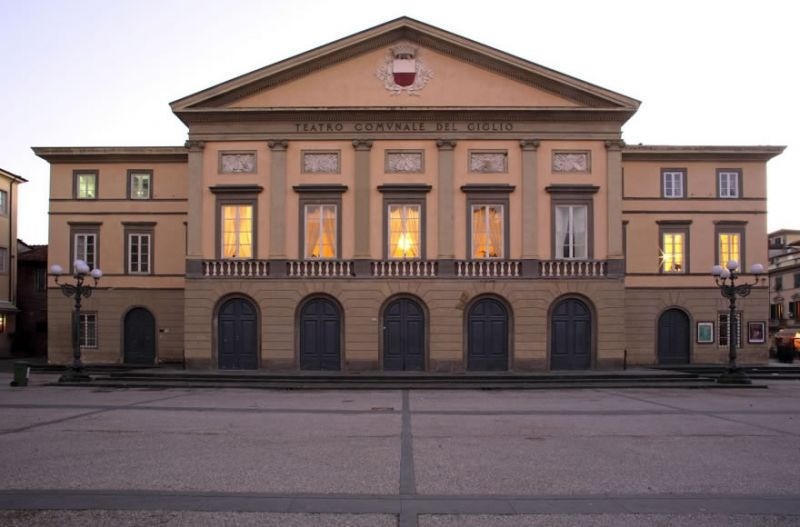 Giglio's Theater, the main theater of the city of Lucca and an artistic and cultural reference point for the citizens, was inaugurated in 1675 at the behest of the Council of the Republic of Lucca. Throughout the nineteenth century, the Teatro del Giglio hosted the best companies of the Italian scene which performed in concerts, dances, variety and, above all, melodrama. Giacomo Puccini, one of Lucca's composers par excellence, also oversaw the staging of some of his works. In the spring of 1878, when he was still a student at the "G.Pacini" Musical Institute, the Maestro was able to perform at the Teatro del Giglio as a pianist accompanying a young emerging singer, demonstrating "rare ability". Puccini returned to the Teatro del Giglio a few years later to present his works, from Edgar to La fanciulla del west.
Among the works presented we mention: In addition, the Theater retains a bas-relief, the work of the sculptor Francesco Petroni, inaugurated in 1911, on the occasion of the staging of La fanciulla del West. It bears a dedication: «Lucca to Giacomo Puccini September MCMXI».

Today the theatrical activity is divided into Seasons, including the Opera Season, the Prose Season, the Dance Season and the concert season called Lucca Classica (in collaboration with the Lucchese Music Association).
Giglio's Theater also organizes initiatives and workshops aimed at the school world and dedicates a series of shows to the public of the little ones: the Children's Theater.
Inside the Theater, the company of the Teatro Del Carretto also finds hospitality with which the Giglio's Theater , for twenty years, has co-produced shows known all over the world such as Snow White, Romeo and Juliet, Iliad, A Midsummer Night's Dream, Bella and the Beast, Odyssey, Pinocchio and Hamlet.