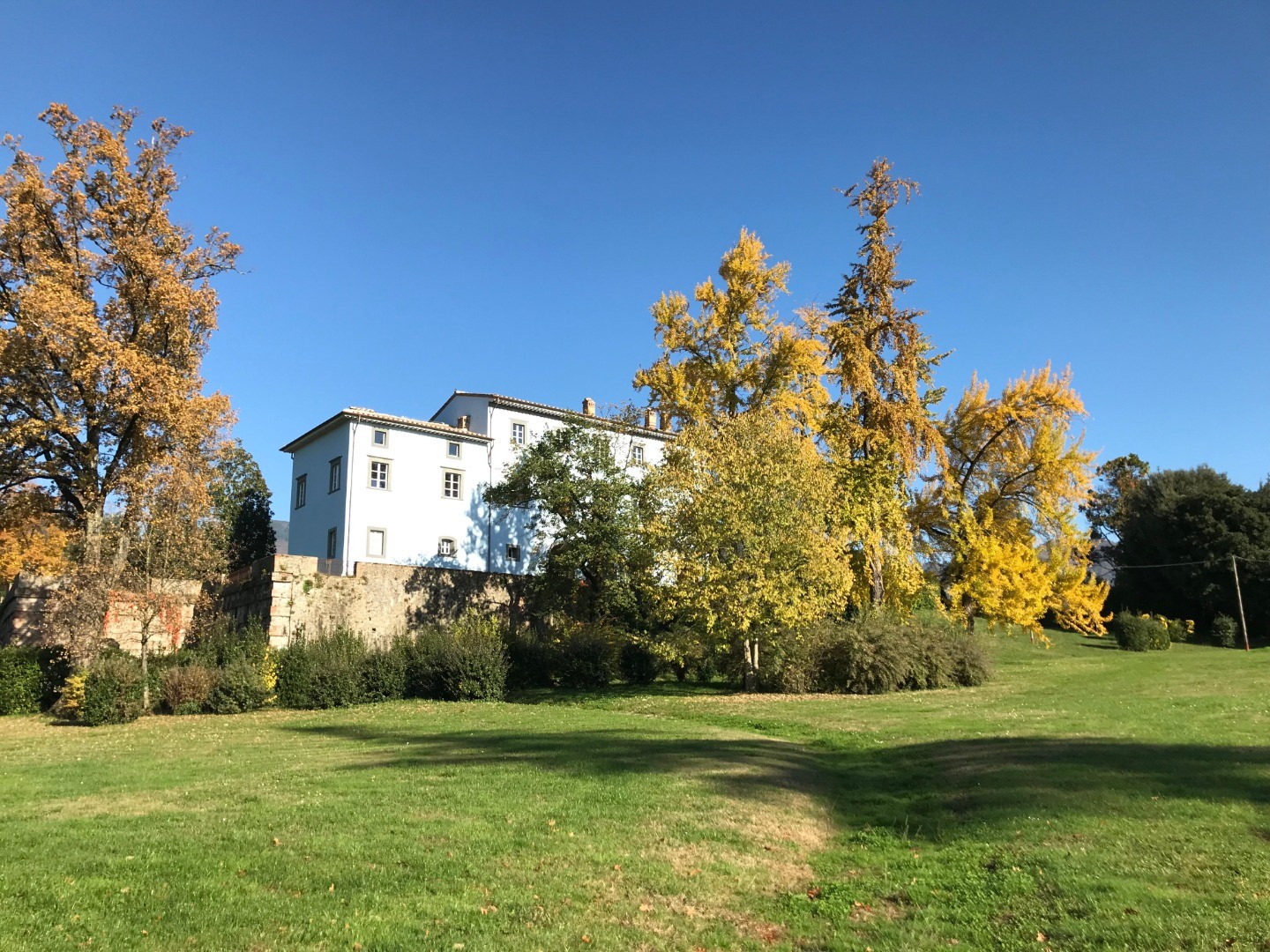 The villa "del Vescovo" (of the Bishop), included in the park of the Villa Reale in Marlia essentially dates back to the 1500's.
It comprises a massive body with an avant-corps at right angles, and being the only example among the Lucchese villas, has an irregular internal courtyard.
The nymphaeum in the park, considered the oldest and most beautiful, belonged to the villa. It comprises two environments. The external one is a structure with a squared plan which develops over two floors and has large windows on the walls. On the ground floor, the arches at the entrance are supported with pillars with tufo ashlars, and the entire construction exploits decorative effects produced by the use of different materials i.e. smooth stone, tufo, black and white pebbles. The geometric decoration of mosaics in black and white pebbles is also present in the internal walls of this first environment. The grotto is circular in shape and has niches. Its walls are decorated with a combination of rough tufo, stalactites, regular geometric decoration, grotesque masks and noteworthy statues.
Today Villa del Vescovo is not accessible to the public but it is private.

The edifice, visited by Montagne, dating back to the 16th century, is built on the site of a previous "Villa de Vescovo" accounted for in many medieval documents. It is probable that the addition of the staris in the internal courtyard and the loggia which gives access to the first floor, took place in the 18th century during the episcopate of Bernardino Guingi (1723-1729).
According to Belli Barsali, the construction of the nymphaeum. The nymphaeum and the little chapel are all that remain of the original garden, destroyed when in 1806 the villa was bought by Princess Elisa Baciocchi in order to extend the park of the Villa Reale of Marlia.

District: Piana di Lucca
Building dating: 16th century
Garden dating: nymphaeum, second half of 16th century
District/Location: The Villa del Vescovo is in the park of the Villa Reale of Marlia and can be visited between the 1st of March and the 30th of November. The visits are by guided tour and start at 10.00, 11.00, 12.00, 15.00,16.00,17.00 and 18.00. It is closed on Mondays and on holidays. During the other months of the year, you can visit the park by appointment.
Ticket Prices: 6 Euro, groups 5 Euro, free entry for children under the age of 12.
Get directions

• Villas of the Pizzorne
• Villa Reale of Marlia